Lee :  “For a long time, I have been interested in painting the North Korean dictator Kim Jong-un, and have repeatedly painted him, especially between 2012 and 2015, a period when he was often depicted on mainstream news outlets as a comical figure.

I am a South Korean who was born and raised after the Korean War and the country’s post-war economic development. Though I did not experience the war myself, my childhood was overshadowed by the politicised division between South and North Korea. When I was ten, I remember, I won an award in an anti-North Korea, anti-communist propaganda drawing prize at school. But a few years later, in the late 1990s, when a left-wing president was elected in South Korea, my grandparents travelled to North Korea to see its beautiful Kumkang mountain, which was initiated as a part of the government’s ‘Sunshine Policy’. I have been constantly witnessing changes in the political relation between South and North Korea throughout my life. The relation between the two countries has been very hard to explain to non-Korean people, especially those from the West. Though Kim Jong-un is a dictator known to have had both his uncle and his half-brother killed, he was still portrayed as a humorous character in the Hollywood feature film The Interview (2014). In April 2018, just a few months after the end of military exercises, which ran for a whole year, South Korean K-pop stars performed in the Korean Demilitarized Zone to an audience including Kim Jong-un and South Korean president Moon Jae-in. This complex political history has informed my paintings.

In painting Kim Jong-un (2014), I was thinking about how to depict the dictator. I focused particularly on the theatrical quality of his public presentation, and I imagined him as a performer in a play. The colour of the painting’s backdrop was informed by the thick red velvet curtains that are often part of the architecture of the theatre. I imagined Kim as a tiny man at the very back of the stage, standing right before a spotlight so as to cast a long shadow. This shadow drifts towards the foreground. In this way, the viewer is invited to see the performance but not the performer. I see Kim Jong-un as someone reduced to an almost illusory image; no one has seen him, but everyone has an impression of his being. I wanted to represent this dichotomy between the real and the imagined through the contrast between the figure and its shadow; the small figure is painted in black and sits in the background, while the shadow is layered with different theatrical and colorful elements, such as dancing feet and smoking hands. ” 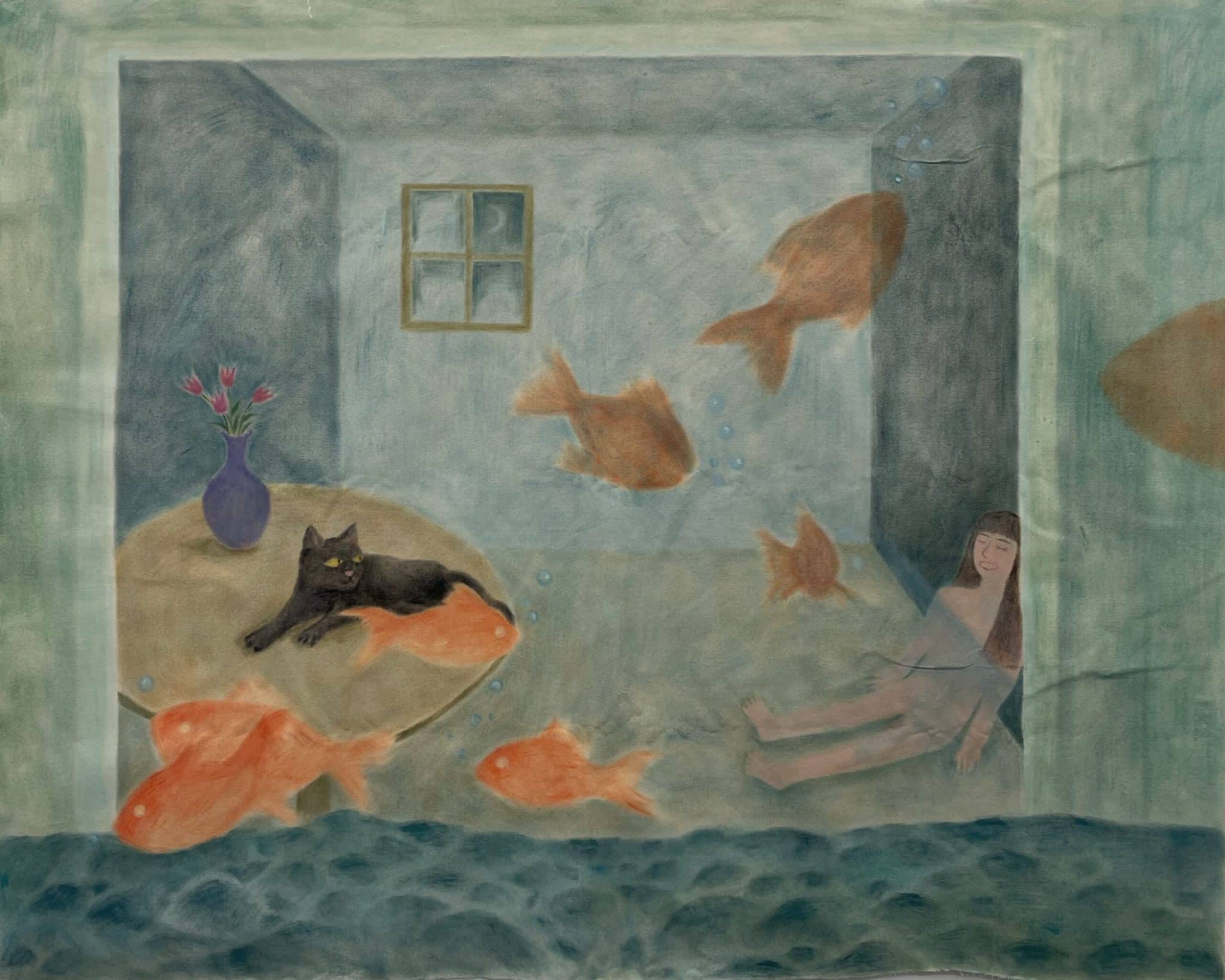 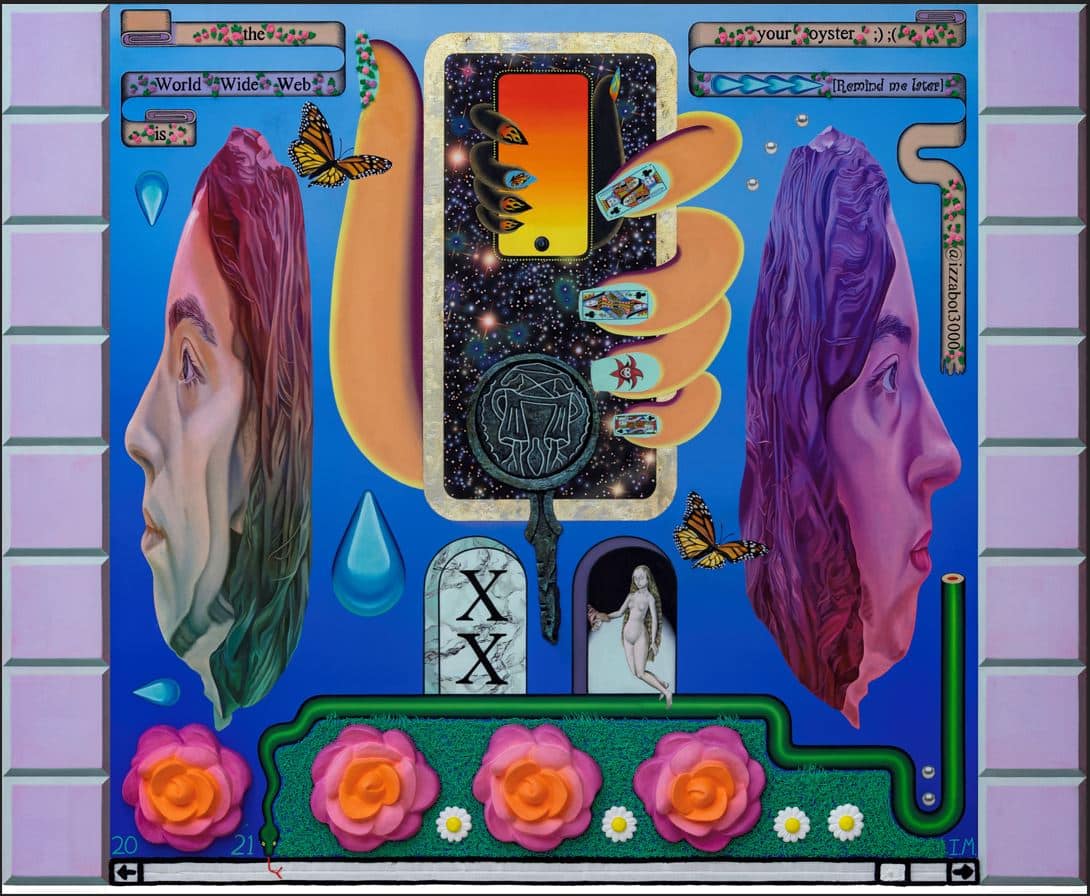 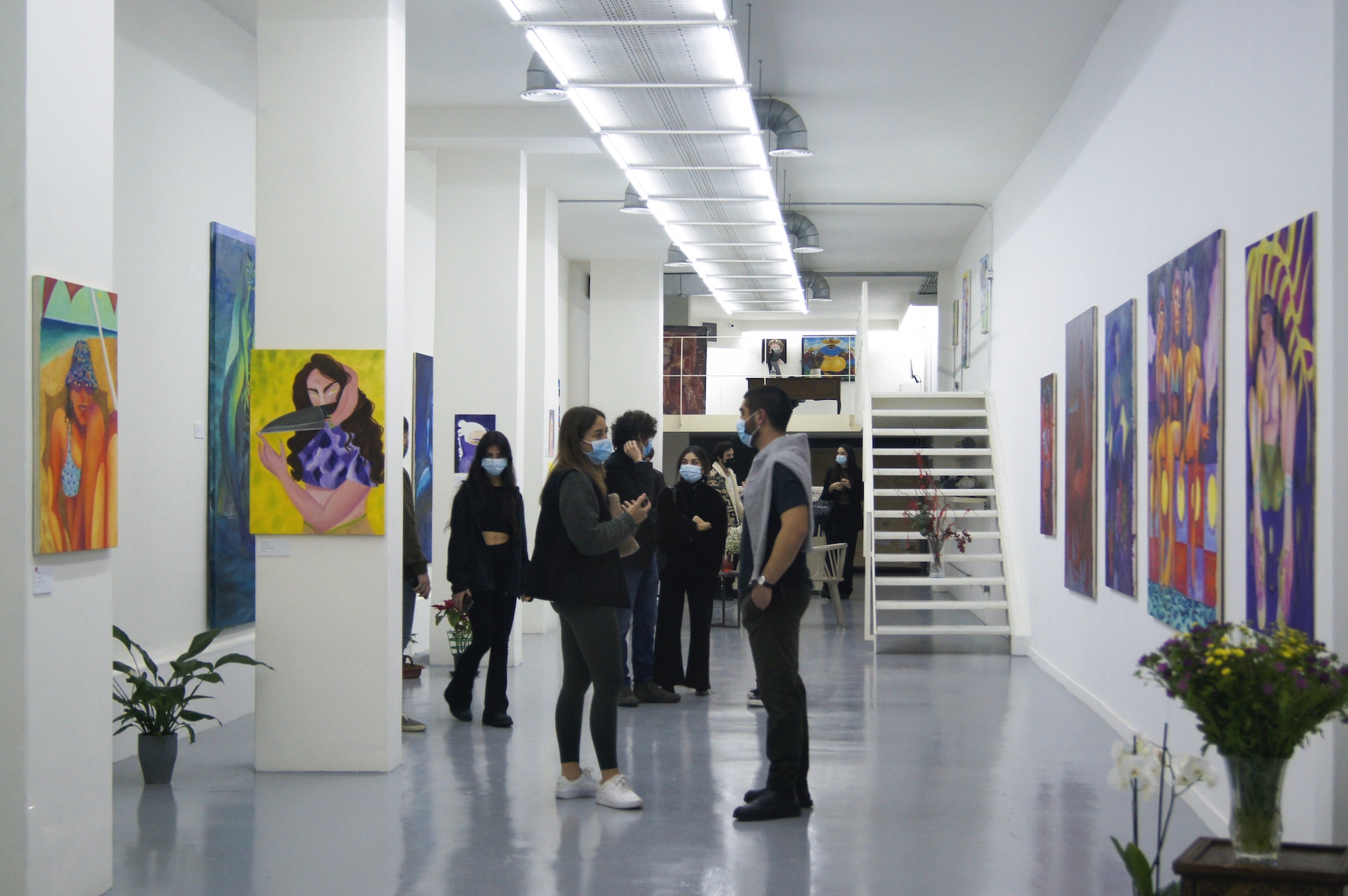 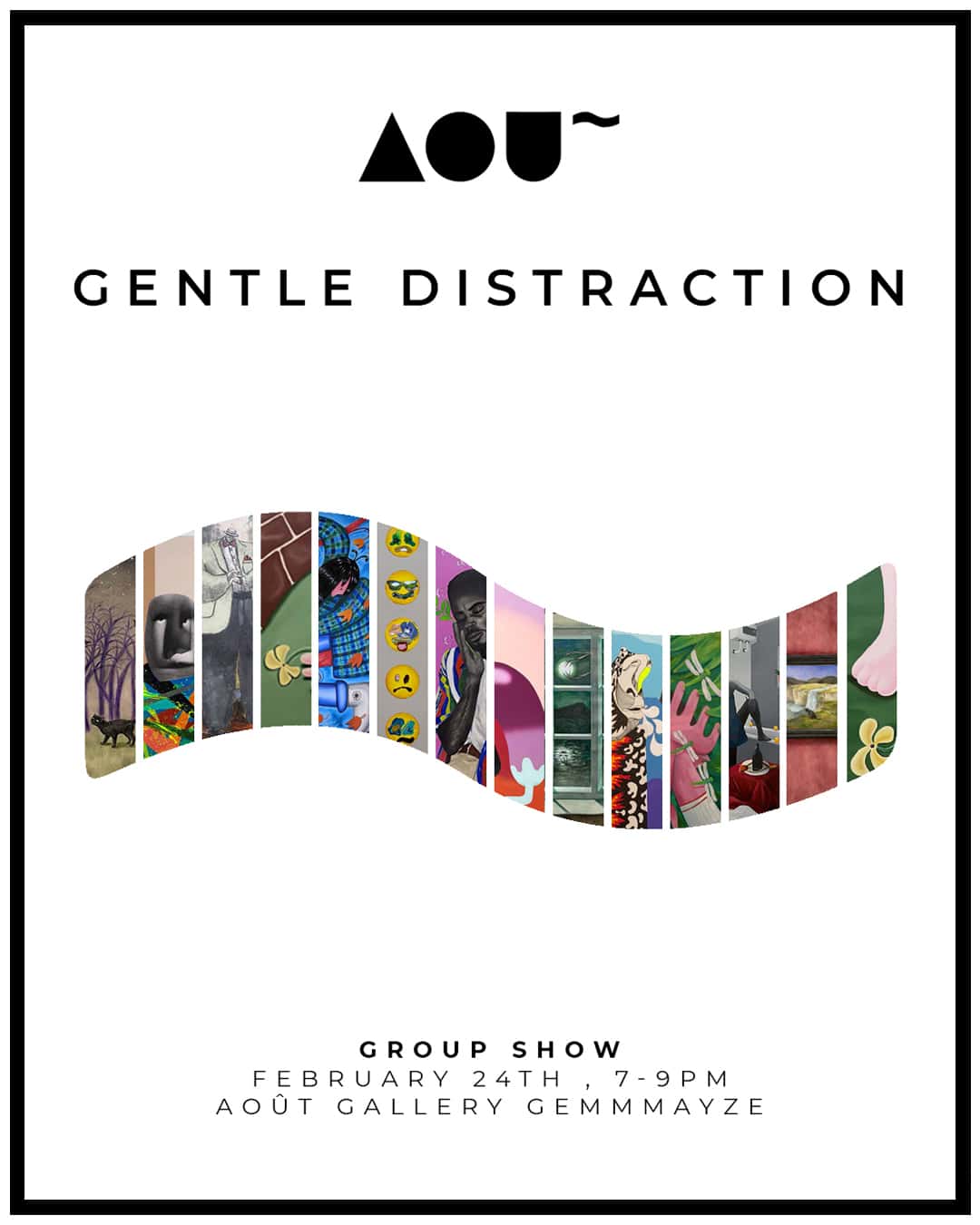 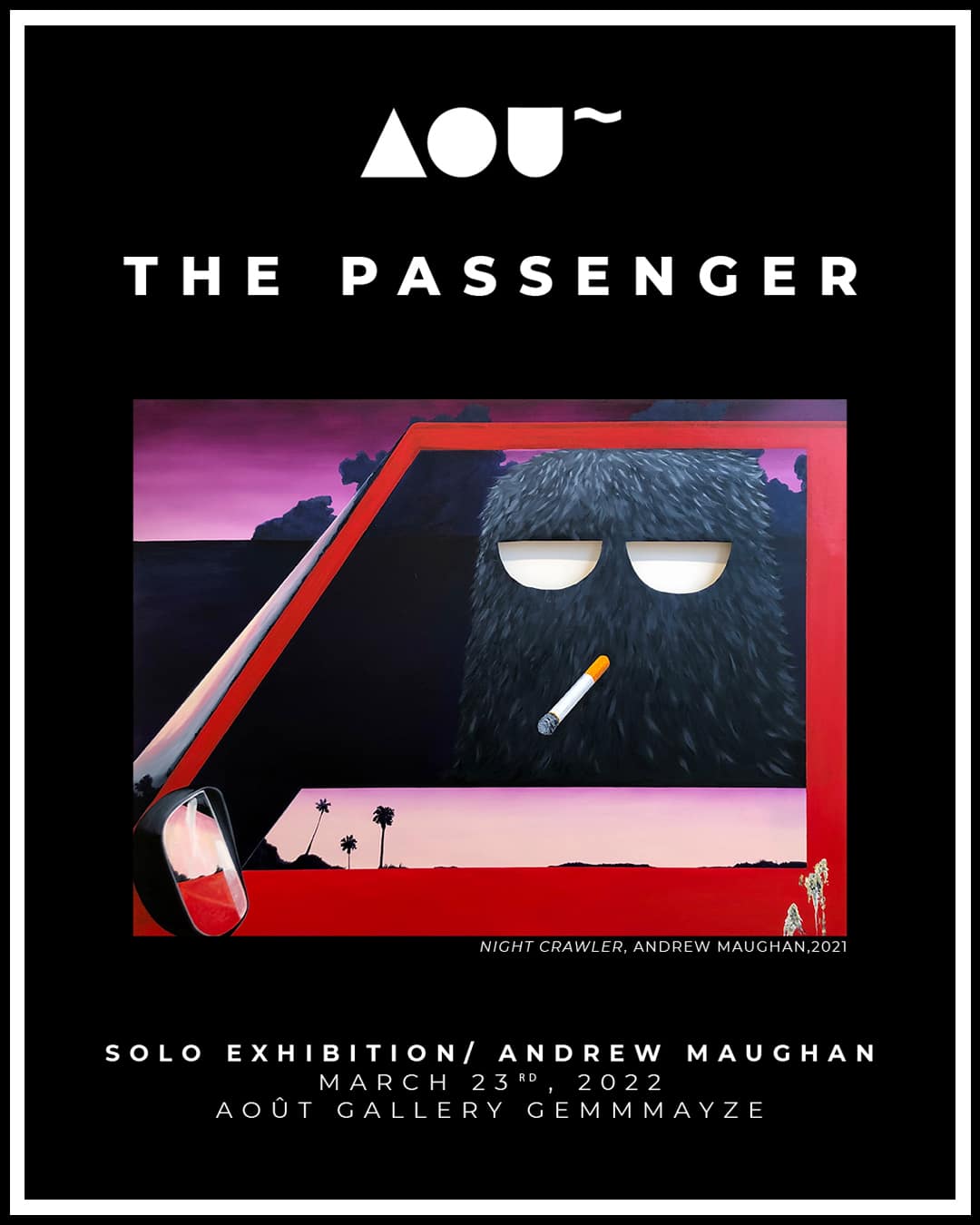