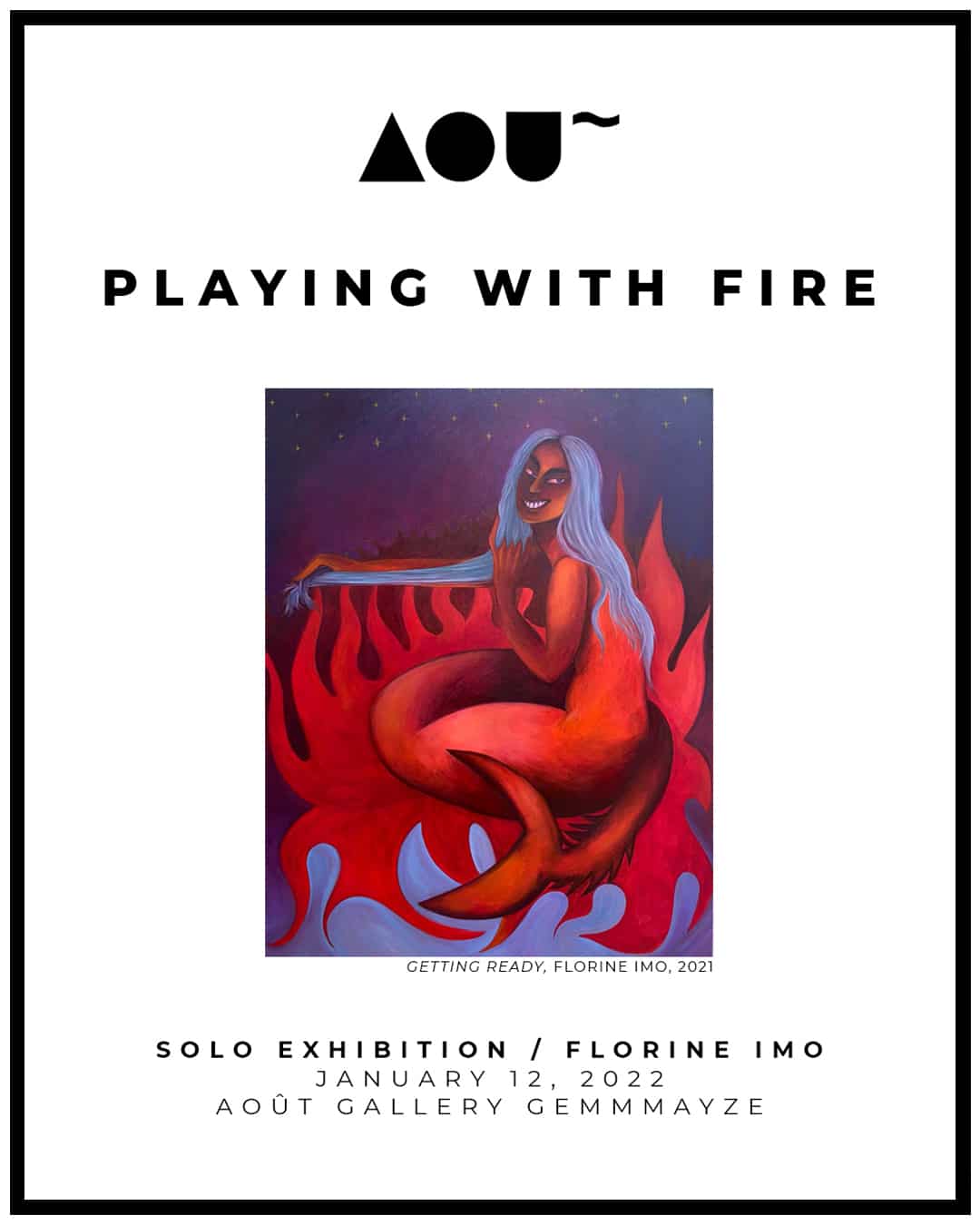 Août Gallery is delighted to present its new exhibition: “Playing with Fire”, by Florine Imo. The solo opens to the public this Wednesday at Août from 5-7pm

Florine Imo is an Austria based artist, currently working and studying in the Academy of fine Arts, Vienna. Florine’s paintings are evolving around her figures, which she sees as part of herself, but also as actors, playing out different life scenarios. The Artist works on canvas as well as on paper, using mainly soft pastels, acrylics and oil color. Imo’s paintings fluctuate between euphoric party scenes, playful, stereotypical representations of females and secretive meetings which the viewer just stumbled upon and interrupted. Her work creates a universe where women turn into mischievous, secretive, imperfect goddesses and start to live a life of their own. It’s as her figures exist already out of our perception and decide to show up in Florines paintings from time to time. The artist sees her figures as independent beings, caring for each other, working together and building up their own cosmos.

“The mood of a place is always very important. Everything happens in spaces, and our energy stays there for a while after. I want to engage with a painting when I can feel the mood. Shadows, wind, and electricity in the air all need to transcend over the edge of the artwork and into the room. My figures are the bodies of my ideas. Today they become the representatives of the mood and attitude, while still being completely independent from my intentions. I’ve been asked why I only paint females, and to be honest – for a long time this question never even crossed my mind. I am a woman painting women, because the most honest way to express a certain feeling, is to show how a woman moves through space.
“The grin“ in my recent paintings came to mind through fast sketches. It gives my figures power and danger, but also a certain kind of sensitivity and ugliness. It adds another layer of character, while giving them too much individuality to fit the concept of the “pretty one.” They turn more and more into their own beings, winding themselves away from my control. Often, it’s as if the figure in the painting has its own idea about what the painting needs. It’s not just about painting shapes to build a figure, instead the women represented become so real and heavy that I automatically turn into one of them. I can’t withhold the energy they emit, and my goal is that no one else can.“